Well, folks, I’ve successfully embarked on a new career. One I had never even imagined I would ever do before some life-changing occurrences, er, occurred, last year.

Since  last summer, I’ve been pushed into reassessing all aspects of my life, seeing what possibilities were out there in the big world for me to explore. Then, when I was feeling extremely low, Michael R. Fletcher put out a call for narrators to help him create an audiobook for Ghosts of Tomorrow. I’m not sure what kind of madness hit me, but I lifted my head above the nonentity parapet and waved a hand. Out of all the auditions he received, he picked me. Random, right? He was looking for an American man with a gritty voice, but what he chose was an English woman with a smooth voice.

I’d read the book quite a while back, so I read it again when I got the gig. I’d forgotten how bloody huge it was – I mean HUGE. Also, it had an almost overwhelming amount of very different characters, men, women, children. All those voices and accents to create! Other languages even. The drama of the different scenes I would have to perform within the narration: action, reflection, joy, desperation, and heart-breaking sadness. What? I asked myself. What had I let myself in for? Was fifteen years of treading the boards in theatres enough training for such a vast undertaking?

Then there was the technical side of it all. Deeming my headset inferior, Michael sent me a new microphone – a Blue Snowball Ice – and a POP filter, which was awfully good of him, he also suggested I get Audacity – a digital audio recording and editing software app. All kitted out with the technical stuff, it was time for me to begin. I studied the ‘how-to’s’ online, my recording happening in stops and starts as I learned along the way. I mentioned in an earlier post about the steep – oh so steep – learning curve.

First ‘how-to’ was my recording space. I moved it all over the house trying to find that perfect spot, quiet with no reverb or echo: A bedroom vacated by one grown daughter was no good – too much mooing from the cows in the field next door. Another bedroom, this one bereft of my son and populated only by spiders and a frantic moth proved a better environment, but still there was background noise from a distant boiler. Finally, I discovered the best place – the cellar. It’s better than it sounds, we use it as a cinema. With its low ceiling and being mostly underground it was quiet. With some duvets on the walls to absorb sound bounce, a brand new microphone, an acoustic isolation shield adjustable recording booth thingy that fits onto the microphone stand, and Audacity on my computer, I was on my way to making some half decent recording.

What I learned as I recorded and studied and edited and recorded some more, is that there are many tools and strategies, but the bottom line is that an audiobook narrator spends hours, and hours, and more hours in a small, tiny, minute recording area, and on full focus for the entire time. It’s a good thing I don’t suffer from claustrophobia, or have trouble staying with one single task for ages.

I tell you what, I was astonished by the amount of physical stamina I needed. I also discovered the problem of knowing the limits of my voice. How many hours a day could I speak without resting, or without straining my voice? I found my limits alright, and tried not to ignore them, because that time I did, I couldn’t work for several days. Lesson well learned.

All of this sounds rather arduous, doesn’t it? Well it was, but it was also amazing to discover the depths of the story and the characters, performing all those voices and finding the perfect way to narrate the scenes, but best of all was the feeling I got when Michael approved my recordings chapter by chapter and finally the entirety of the finished book. It was awesome. Then ACX had to okay the audio files, another hurdle surmounted and learned from.

Well as you know…you do know don’t you? The audiobook of Ghosts of Tomorrow is now out. It is selling well and the reviews we’ve had so far have been astonishing. Not bad for a total newbie, don’t you think?

Feeling more confident, I auditioned on ACX for other titles I liked the look of – SFF naturally. One after the other they said thanks but no, thanks you were close but no, then yes, and yes, and yes (oops, that sounded a bit saucy). So, I’ve now three books to narrate. Don’t worry, I’ve negotiated plenty of time to do them in, I’m not totally insane. Also, other authors have said they are interested in my narrating their books in the future.

Crikey, I think, what have I started? Can I keep it up? Can I perform? Yes, yes, and yes I say (oops, getting saucy again there). I bloody well can do it and I will ignore the bucket loads of self doubt that want to soak me in cold reality steeped in cynicism. This is my reality now.

Readers, I am a narrator. 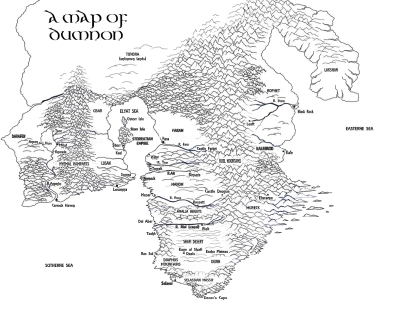 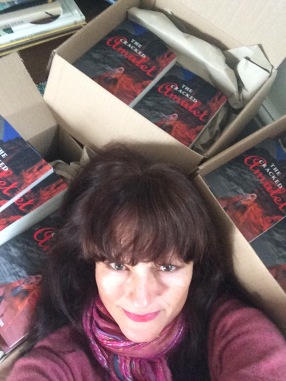