I know, I know, I’ve not lifted my head over the parapet for a while and my blog has been left untouched for far too long gathering drifts of dust and enough cobwebs to spin a ladder to the moon. Hold on while I brush off a few spiders and set my mind into gear. While I do that have a read of the blurb for this great story:

Mithrid Fenn wants nothing to do with magick. Magick is a curse word, banned by the vast Arka Empire and punishable by death. Its purging has finally brought peace to war-torn Emaneska. Only a stubborn rebellion, led by the warlord Outlaw King, raids and pillages the empire’s northern fringes.
To cliff-brat Mithrid, this is an age of tranquility and childhood games. That is until an illegal spellbook washes up on her shores, and she finds herself thrust into a war she never knew existed.
Now hunted by daemons and mages, she is dragged inexorably north to Scalussen and its rebels fighting doggedly to preserve a memory of freedom. Mithrid holds no such ideals. She fights for revenge and nothing nobler. If spilling blood means helping the Outlaw King, then so be it. Even if it means all-out war.

Ben kindly gave me an ARC for The Forever King in return for an honest review, and I’m really glad as I loved the book as much as I loved Ben’s first trilogy set in the world of Emaneska, where I followed the conflicted Farden through betrayals, war, death, and reluctant leadership. This trilogy begins many years after the first ends. Now I didn’t need to have read the first trilogy to enjoy the second, especially as Ben gave a brief introduction to the world and the past at the beginning of this book, but I’m glad I did as, for me, it gave this story more layers and depth.

If you like dragons and other fantastical beasts, magic in many forms, warfare in all its gritty desperation, then this is the book for you. Ben has created great characters, be they human, dragon, werewolf, and myriad other creatures, that are well fleshed out with strong personalities and believable story arcs. They are all the way they are because the world formed them that way. Emaneska is a cruel world where peace is bought through ruthless oppression. Magic is forbidden, torture and death are inevitable for all who possess a magical artefact, book, or an ability. Daemons are free to roam the land devouring flesh and souls. The God, Loki, has also returned and meddles to stoke the flames of war – the rotten, condescending sod. He’s manipulating the despot, Emperor Malvus, and helping him create twisted versions of the Written (mages made by tattooing magic books into their skins, an agonising process for the cleric tattooist and mage alike with a high likelihood of death).

Near the beginning of the book we meet Mithrid, a young girl whose world and all she loves is brutally destroyed, and is left seething with incandescent anger. She’s ends up far to the north in the snowbound mountain city of Scalussen with the last of the rebels who fight against the despotic Emperor Malvus. With help, she works out ways to manage her anger, works out how to get revenge, and works with the rebels against the hated Malvus. She’s spunky, good with an axe, but also thoughtful, once she gets past that anger.

Ben is a descriptive writer, which I appreciate as I love to see and understand the world through the eyes of the protagonists. There’s plenty of action of one form or another as the story progresses, and at no time did I feel the story slacked off, in fact I was happy when a POV character stopped for a moment of contemplation so I could catch my breath, so to speak. The world building is solid, with a decent magic system, lands, races, a history that is rooted somewhat on that of Earth’s, and a multitude of fae creatures. He’s even thrown in a race of yetis with their own hulk-like abilities – awesome.

It was an immersive read that I enjoyed on many levels. Thanks for writing it Ben.

All the best to all of you

P.S. Though the dreaded virus is spiking for the second time and life stutters under lockdowns, isn’t it uplifting to see and hear of the caring and kindness of so many people all over the world. 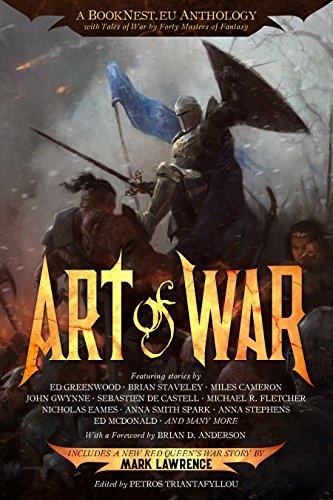